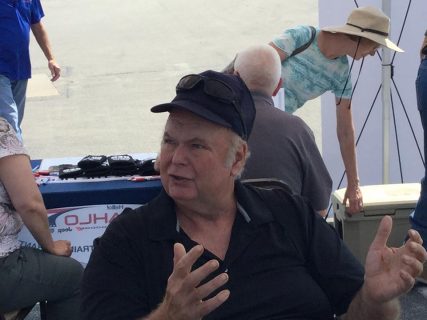 What lies ahead for trade negotiations with China now that we know U.S. House of Representatives power will shift from Republicans to Democrats? There is some commentary circulating that introduces the possibility of an unexpected dynamic in the Democrat attitude toward China.

Regular HAT Market analyst Bob Utterback says, “Democrats might be even more hawkish on China than even Trump is, and that would be a surprise. I’ve read that the Bernie Sanders wing of the party really wants to be more aggressive on trade. I think the Chinese do kind of sense this and this could put some more pressure on the G20 meeting and put some pressure on the Chinese to be a little more aggressive.”

But even if the G20 summit late this month results in some sort of trade agreement with China, U.S. soybeans into China could take many months.

“I’ve talked to freight people and it’s going to take 5 to 6 months because they haven’t got any freight in line. January, February, March is when they get Brazilian, so it will be probably May to June before, even if we resolve the conflict in a month, before you see any notable export sales increase to China. I think it would be more summer before you’d start to see those export sales come back into the marketplace.”

Utterback says that would portend continuing difficulty for the soybean market also making it more difficult for the corn market to ignite.