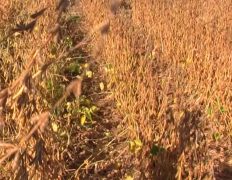 Harvest delays in Indiana continue because of rainfall this week, but also some fields that were planted late this year haven’t even been ready for harvest up to this point. Indiana-based agronomist Kirby Bacon says the rain delays are pretty prevalent across the state. He adds, one thing that’s been obvious so far this harvest is the performance of early planted crops.

“Whether it was corn or soybeans and it got planted in the early to mid-April time frame and it survived those early conditions, we’re going to have and have had some record yielding fields out of those situations,” he told HAT.

But later planted crops experienced a different kind of life, and Bacon believes the yield results coming later in the harvest will also be different. 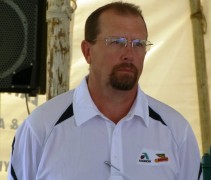 “It went through a different series of weather events at a different time, and even though it might have been in relative close proximity, if that planting was substantially later, it had a different entire experience for the year. So, I’m seeing in general that we’re going to see yields kind of tail off after that real early planted stuff gets harvested.”

As work in the field starts again, Bacon recommends prioritizing fields that had challenges like seedling blight and stand establishment. He says get to those fields as quickly as you can and leave the fields showing higher quality stalks for later.

Hear more in the HAT podcast with Bacon, technical agronomist with DEKALB-Asgrow:Crop-update-podcast-with-Kirby-Bacon